Communism between Death and Resurrection

This paper sets out to answer the question of how Badiou’s three books on communism (D’un désastre obscure, De quoi Sarkozy est-il le nom?, and l’Hypothèse communiste), with their recurring critique of the ‘death of communism’, might contribute to and improve our understanding of the idea of the eternal in politics. I explore the possibility that Badiou’s evental conception of communism, which seeks to re-install the communist hypothesis at the time, after 1989, when it was both pronounced dead and criminalized, might make such a contribution by 1) its Borromean knot of the real of politics, the symbolic of history, and the imaginary of the Idea, and 2) by its more detailed elaboration of the fictional structure of the idea of communism, serving as an additional frame of reference for examining the nature of the relationship between eternity and change in politics. I also attempt to indicate how Badiou’s own attempt to bring the communist hypothesis into existence in the era of the total hegemony of the capitalo-parliamentarianism, for the purposes of further combating what I will take to be the contemporary nihilism of a ‘politics without politics’, constitutes the opening for another thinking of communism. My second task is thus to look at the specificity of Badiou's notion of communism and suggest that this notion can be – indeed, needs to be – distinguished from several contemporary attempts at proclaiming the eternity of communism or its everlasting actuality as indicated today, for instance, by what could be designated as the ethical and the ontological communism put forward respectively by Blanchot and Nancy, on the one hand, and Hardt and Negri, on the other, and point to the area where I feel a critique of these communisms must begin. 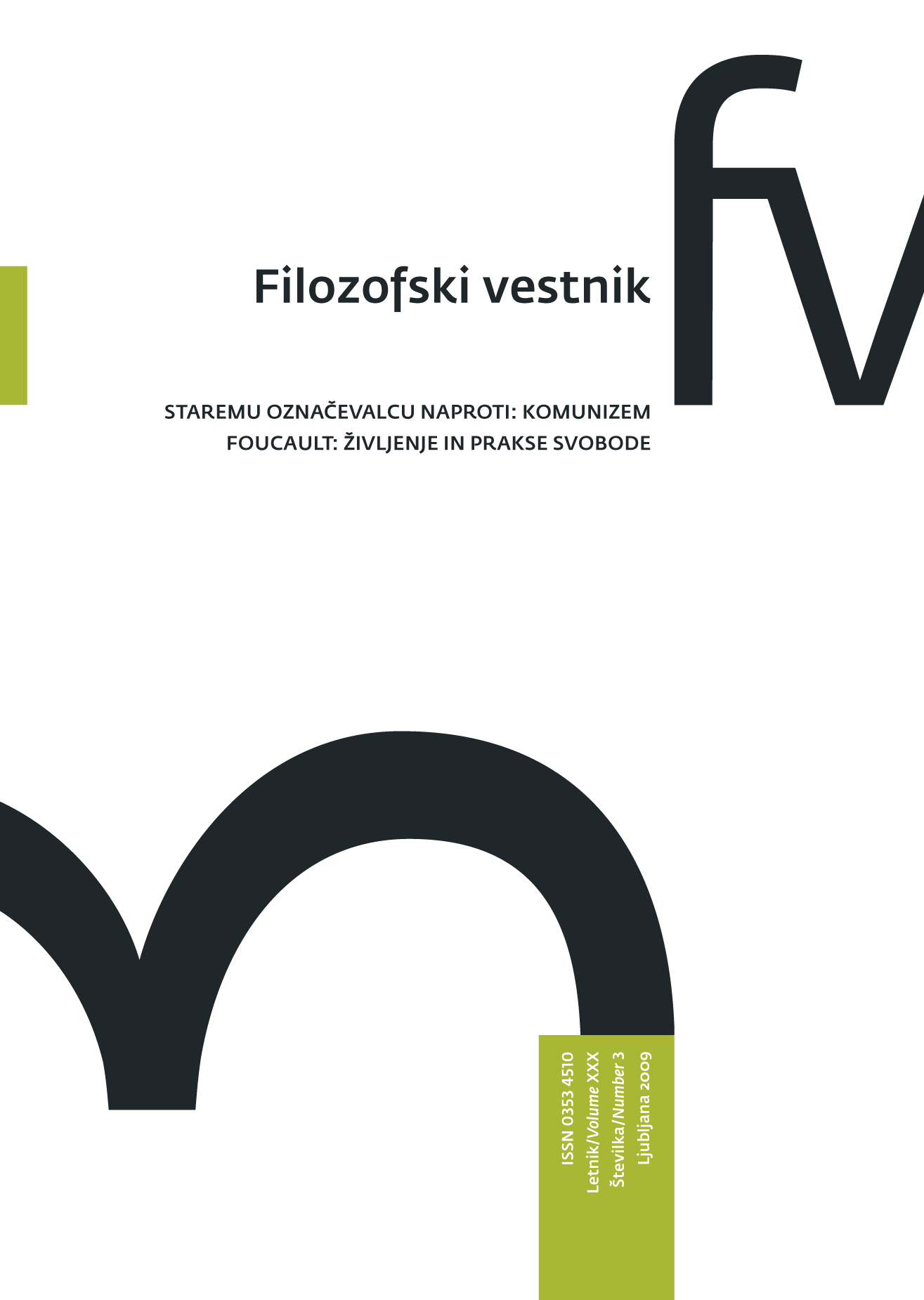 Published
2016-03-08
How to Cite
1.
Šumič-RihaJ. Communism between Death and Resurrection. FV [Internet]. 2016Mar.8 [cited 2021Dec.2];30(3). Available from: https://ojs.zrc-sazu.si/filozofski-vestnik/article/view/4463
Download Citation
Issue
Vol. 30 No. 3 (2009): Towards an Old Signifier: Communism, Foucault: Life and the Practice of Freedom
Section
Towards an Old Signifier: Communism