The Economics of Debt: Power over “a Way of Life”

Today, debt is not only an economic condition but it also directly involves individual lives in a broader sense, and affects them in a new way. It appears as the keystone through which the project of an economy based on the neoliberal paradigm becomes more understandable. The condition of debt can allow us to understand more fully the sense in which – as Michel Foucault argued – neoliberalism is not only an economic theory, but also a form of government: precisely that which made possible the transformation of politics into economics, through an intimate bond between power and life. But the question is: what are the economics of debt? In my opinion, an answer to this question requires an analysis that takes into account the link between economics and religion. If debt has become the central problem of the global economy (Lazzarato, Gareber), I think that the origins of this concept are to be investigated at the same time from a cultural, philosophical, and religious point of view. In these terms, the issue of debt requires an inquiry into the relationship between economic power and human life in all its aspects. In recent years, the Italian philosophers (Agamben, Esposito) have made important contributions to the debate on Foucault’s concept of biopolitics. Research in this direction involves a study on the mechanisms that apply to the capacity that belongs to the living human, to provide shape and value to his life. So, from my point of view, economic power is not only a power acting on the “bare life”, but a power over the “way of life”. In the wake of Foucault’s work on the “Christian pastoral power” and the “economic-governmental power”, Giorgio Agamben has recently carried out an investigation – particularly relevant to my analysis – on the Christian roots of economics and government. My aim, however, is not to outline an evolutionary link between the development of Christian “economics” and Western economic discourse; nor is it to locate, as Weber would have it, the unique roots of economic thought in the West. I think, rather, that what is at stake are the possible and different historical realisations of a method that, in Christianity, has found its peculiar manifestation. In this way, the Christian experience of debt – which is, at the same time and from its beginning also a mechanism of power – can shed light on the present time. 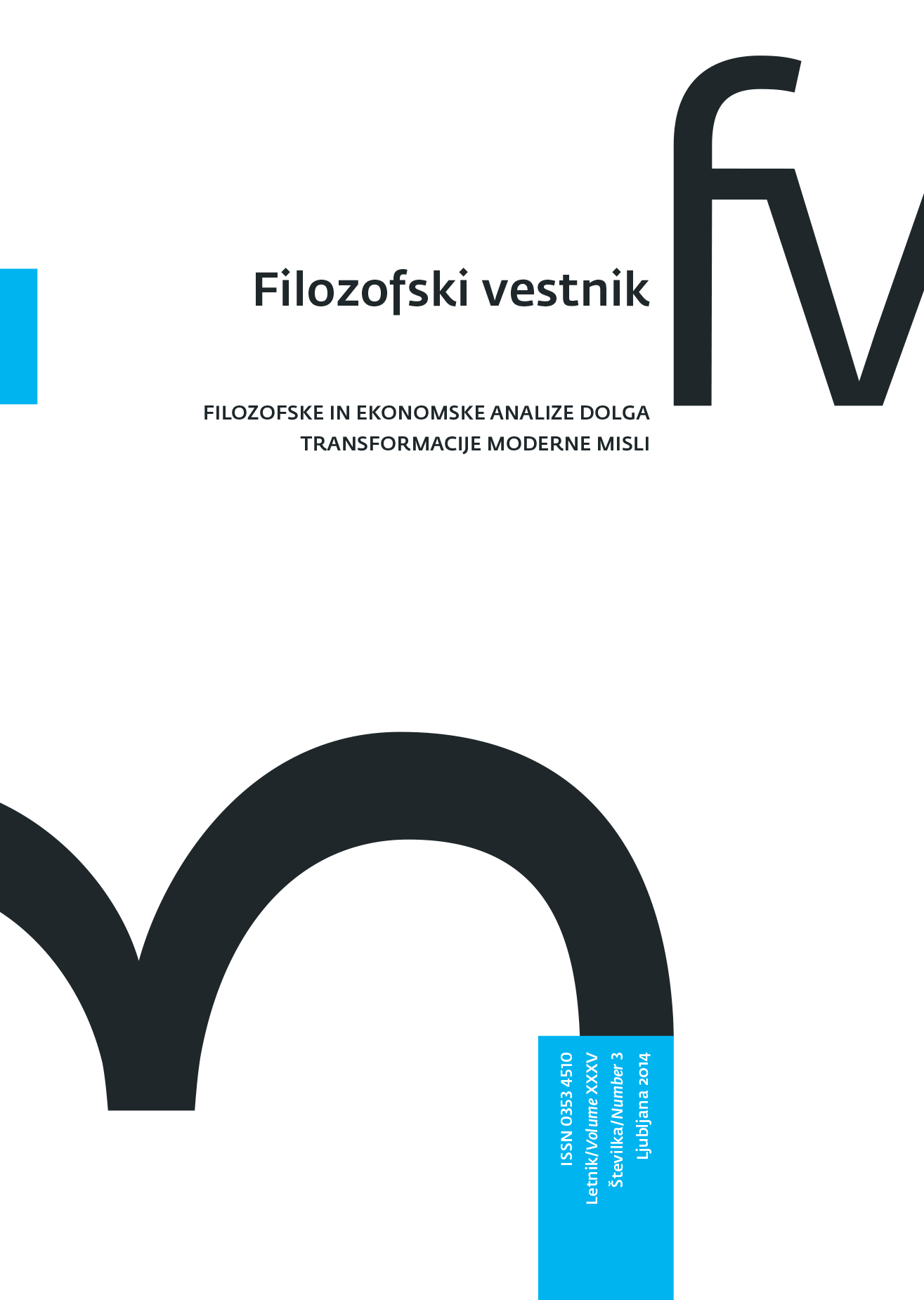 Published
2016-02-07
How to Cite
1.
Stimilli E. The Economics of Debt: Power over “a Way of Life”. FV [Internet]. 2016Feb.7 [cited 2020Jul.10];35(3). Available from: https://ojs.zrc-sazu.si/filozofski-vestnik/article/view/4233
Download Citation
Issue
Vol. 35 No. 3 (2014): Philosophical and Economical Analyses of Debt, Transformations of Modern Thought
Section
Philosophical and Economical Analyses of Debt