The Atom and the Void – from Democritus to Lacan

The paper considers the problem of the void through the theories of the early atomists. Philosophy began with the Parmenidian assertion of being, which can be read as a thesis premised on an exorcism of the void. With the atomists, the first to oppose the Parmenidian foundation of philosophy, the void made its entry as part and parcel of the atom. If the atom was to be counted as one, the void separating atoms was the very condition of such a count. Hegel saw this as the profound insight that negativity was the condition of positivity, hence the one and the void as the matrix of being. – The second twist in this atomist story is that of clinamen, a contingent swerve which befalls atoms, and hence something that inherently departs and undermines ‘the one and the void’. The clinamen theory was much criticized and ridiculed by the great philosophical tradition, including by Hegel. A very young Karl Marx, in his dissertation, defended the crucial value of clinamen, and in recent times Louis Althusser and Gilles Deleuze followed in his footsteps. – The third significant aspect is that of den, a curious neologism introduced by Democritus, which perhaps undermines both stories at the outset. For if atom is den, then it is not a body, not an entity, not one, not being, but also not non-being. It is a paradoxical departure from the bulk of ontology, an ontological scandal, obfuscated by the subsequent Aristotelian paradigm. Jacques Lacan took it up as a clue to his notion of the object a, the object of psychoanalysis. 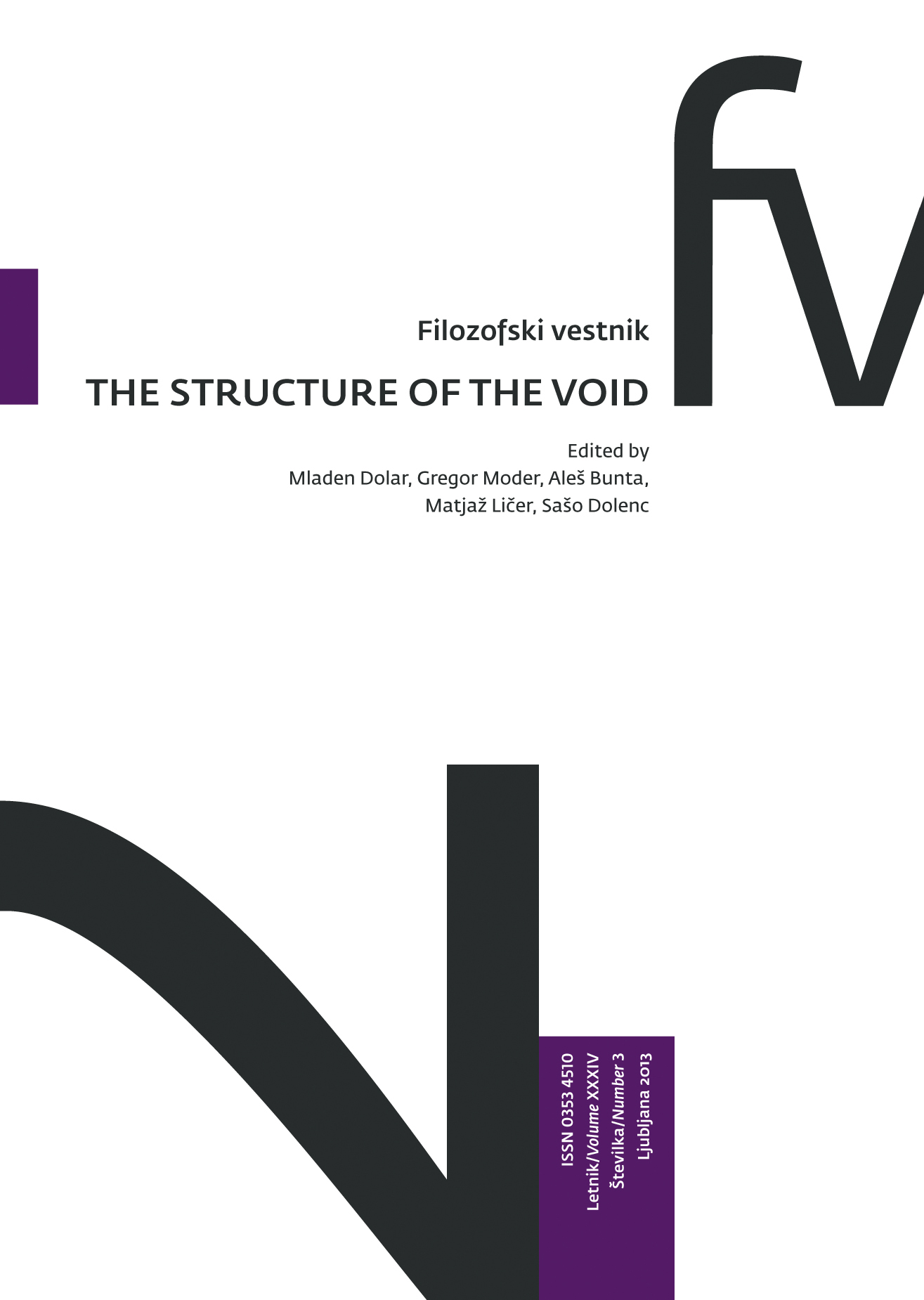