The studied paleokarst corresponds to an uplifted peripheral foreland bulge when Upper Cretaceous diagenetically immature eogenetic carbonates were subaerially exposed, karstified and subsequently overlain by upper Paleocene/lower Eocene palustrine limestone.
Among the subsurface paleokarstic features, both vadose and phreatic forms occur. The phreatic caves/cavities include features characteristic of the mixing zone speleogenesis at the interface between freshwater (brackish water) lenses and the underlying seawater. They were found in various positions with respect to the paleokarstic surface, the deepest being about 75 m below the surface. Three indistinct horizons of cavities/caves and intermediate vugs were recognized. Subsequently, all cavities were completely filled with detrital sediments and speleothems in the phreatic and vadose zones. In general, the phreatic cavities of the lower two horizons are geopetally filled with mudstone derived from incomplete dissolution of the host rock and overlain by coarse-grained, blocky calcite. Shallower below the paleokarst surface, a large phreatic cave of the third horizon is filled with flowstone overlain by reddish micritic carbonate sediment with intercalated calcite rafts. In the upper part of the cave, sediments derived from the paleokarst surface are gradually becoming more abundant. Vadose channels, which may also intersect the cave sediments, are mainly filled with "pedogenic" material derived from the paleokarst surface. Immediately prior to marine transgression over the paleokarst surface, some cavities were filled with marine-derived microturbidites. In general, the diversity of cave fills and the amount of surface material decrease with distance from the paleokarst surface. Below the paleokarst surface, the δ13C and δ18O values of a host rock and cavity deposits show good correlation with trends significant for meteoric diagenesis. It is shown that deposits associated with phreatic caves can be of great importance for the study of the speleogenetic, geomorphological and hydrogeological evolution of certain paleokarst regions. 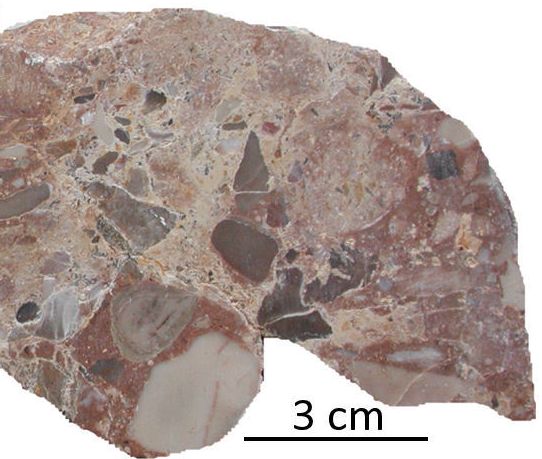