The Grotta Gigante houses a geodetic station since 1959,  which has the goal to observe deformation of the cave. The instrumentation consists of two ultra-broad-band pendulum type tiltmeters, and two medium-to-longperiod tiltmeters, next to thermometer and pressure gauge. The exceptionally long and continuous time-series of the tiltmeters allows us to demonstrate the existence of several astonishing phenomena that cause the cave to change continuously in shape, also if only to a small amount and which can be recorded with sophisticated instruments, as the ones installed. The movements due to the different causes sum up to produce the complete observed signal, and our goal is to separate and identify the different phenomena. To illustrate the work we do in identifying the different agents, the analogy holds to a musician listening to a symphony-concert and identifying the melody of the first violin, flute, triangle, the violoncello and the double bass, and then identifying the corresponding musicians and instruments on stage. As the music has high and low tones, the deformation of the cave is composed of slow and fast movements, continuous movements, or abrupt, sudden events, that repeat very rarely. Here we  show the observation sequence of tilt for the time interval 1966-2012, and discuss the deformation due to the following causes: temperature, underground water-level, sea level of the Adriatic sea, position of sun and moon and vibration of the Earth due some of the greatest mega-earthquakes ever recorded. To illustrate the analogues to music we use to explain the association of different frequency ranges to different causes of deformation signal to the general public of the cave. The results show an excellent example of scientifically sound and important instrumentation installed in a show-cave visited regularly by the public. 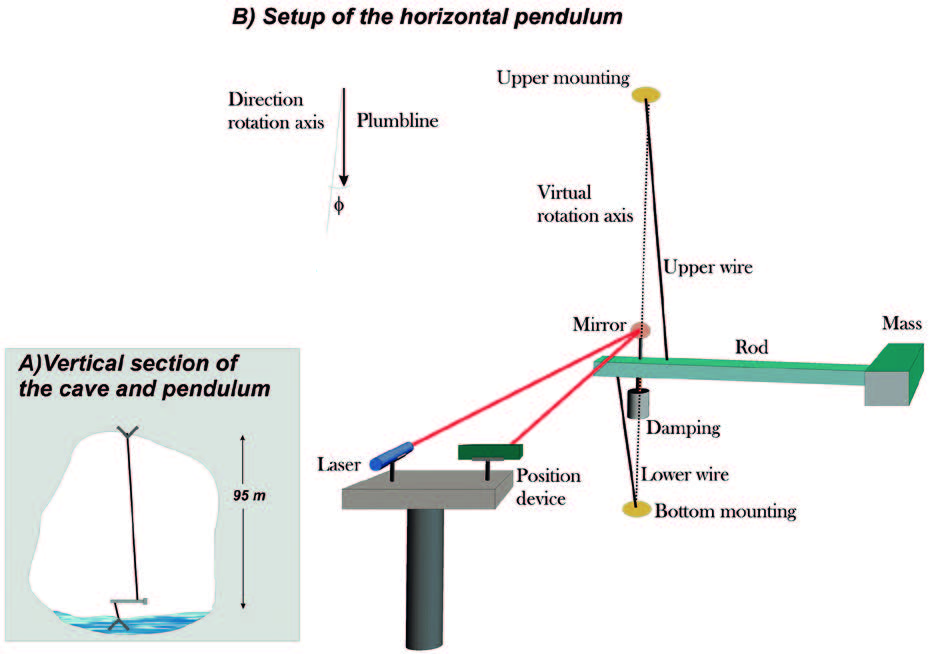