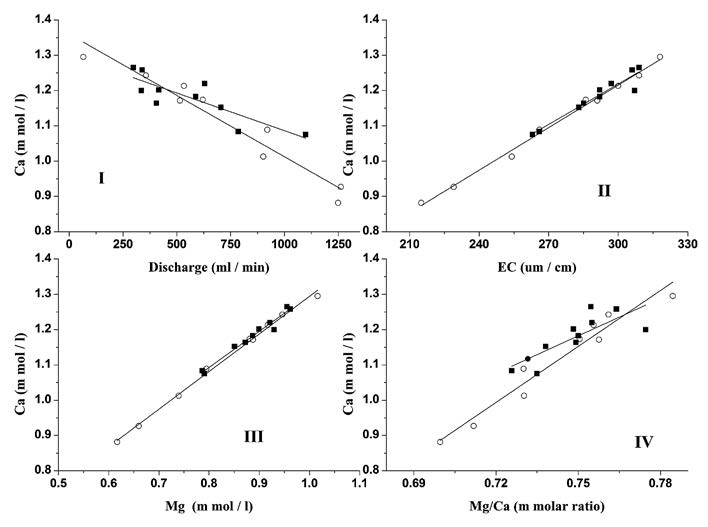 More accurate interpretations are required in order to understand the processes of hydrological movement and hydrochemical variation of water flow in epikarst. A drip VP1 from the Velika Pasica Cave (Central Slovenia) was studied during a period which occurred at the end of a long wet, cold winter. The sources of the percolation water in the cave were both from rain water and snowmelt water. The discharge was continuously monitored during study period in one hour intervals. Each hour a water sample from the drip was taken for measurements of pH, electric conductivity and major ions concentrations. Because of the specific climatic condition in the shallow cave, the dilution effect is the dominant mechanism in the hydrochemical processes, determining drip water properties. The effect of CO2 corrosion and prior calcite precipitation (PCP) was weakened with that condition; Mg2+ varied slightly more significantly than Ca2+, which was reflected by the high correlation between Mg2+, Ca2+ and micro-variation of Mg/Ca ratio. The variation of pH followed closely to the changes of other parameters, which is rarely noted in other works.