Lampenflora consists of phototrophic organisms which grow near artificial light. In caves with artificial lighting, a vegetation of aerophytic cyanobacteria and algae, bryophytes and ferns can be found around lamps; these communities represent an alteration of the underground environment and may cause damages both to speleothems and cave fauna. The development of lampenflora is a typical problem for show cave management.

A floristic research of bryophytes and ferns (land plants) of lampenflora was carried out in 2012 in Grotta Gigante, a very well-known show cave of the Trieste Karst (NE Italy), in order to compile a species inventory. 26 sites near artificial lights of different kinds were sampled in the dark zone of the show cave. 16 moss species and 2 ferns were found; no liverworts were observed. The most common species are the mosses Eucladium verticillatum, Fissidens bryoides, Oxyrrhynchium schleicheri, Rhynchostegiella tenella and the fern Asplenium trichomanes; 7 moss species were found only in one to two sites. Some moss species belong to the flora of natural cave entrances of the Italian Karst, while other are typical of disturbed, open habitats. Various moss species and A. trichomanes are colonizing areas around LEDs and fluorescent lamps installed in 2009 along the cave’s pathways for safety lighting.

Species richness of bryophytes and ferns of lampenflora in Grotta Gigante is the highest compared to other recently investigated show caves in the neighbouring Slovenia. Lampenflora of Grotta Gigante conforms to that found in other Slovenian show caves starting from the ’40. The main ecological factors affecting lampenflora identified in this work are: light intensity, water availability, type of substrate, morphological features of surfaces, presence of clay. Aspects of species ecology and distribution in the cave are discussed.

Researcher in Systematic Botany at the University of Trieste (Italy).

Ph.D. in Geobotany at the University of Pavia (Italy). 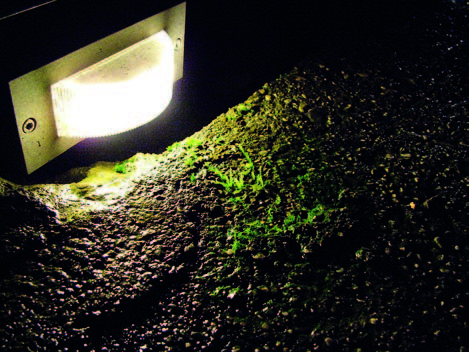