The great cavern of Santo Tomás (La Gran Caverna de Santo Tomás) in Sierra de Qquemado (Los Órganos) in the province Pinar del Río in Cuba has a special place in Cuban speleology. For a very long period this was the longest cave system in the country. It extends in approximately 46 km of dry and flooded subterranean passages at seven levels, and represents a real paradise for karstologists and speleologists - not all cave branches are completely surveyed yet. The cave is partly tourist, but most of the interesting karst features are located in the wild part of the system. Besides the dimensions of the system and some huge cave formations, there are also recorded fossils from the Pleistocene period. The founder of Cuban speleology Antonio Núñez Jiménez in 1990 reported that when the River Santo Tomás drained during extreme dry periods, local people used captured water from the cave for their domestic use. Farmers used another interesting resource for their needs from this cave – nutrient-rich bat guano to fertilize tobacco fields in the foothills of the surrounding mogotes and in the bottom of dolinas. The cave was early in history populated by the early settlers of Cuba, but in recent years it became famous from the Cuban revolutionary period in the 1950s and 1960s. In the nearby village El Moncada in 1984 they founded a speleological school (Escuela National de Espeleología) which gave a boost to many generations of Cuban speleologists. The cave system generally receives high organic input,
although there are some places in with evident lower input. Snakes, scorpions, frogs and crabs are frequent guests in the entrance part of the cave. There are some studies dealing with cave fauna from the great cavern of Santo Tomás in more detail, e.g. on crustaceans, but due to the cave size it is expected to add more species on the biodiversity list, and probably it is possible to discover new species in the cave. During the caving expedition we wanted to point out the potential of this and other caves in the area for microbiology and geomicrobiology research. Microbiology studies are not just important to assess the health status of underground habitat, but also to address more general questions related to nutrient cycling and energy fluxes in subtropical zones as, for example, cave air temperature is about 23°C. During the caving expedition (December 17-29, 2011) in the great cavern of Santo Tomás we demonstrated to Cuban speleologists a novel approach which is used in Slovenia for regular monitoring of human impact in the underground for dripping water, active underground rivers and quality of cave air, and examples of meiofauna sampling from cave pools. Participants for this international expedition in the great cavern of Santo Tomás came from Cuba, Italy and Slovenia. Expedition headquarters were located near the cave entrance in the village El Moncada at the speleological centre “Escuela National de Espeleológia Antonio Núñez Jiménez”. From Slovenia, Andreea Oarga and Janez Mulec joined the expedition. Field work in Cuba was coordinated by Galliano Bressan and Héctor Pérez Jiménez. Some activities during the expedition were accomplished in the frame of the project “Promotion of Slovenian Science” MU-PROM/2011-2-003 supported by the Slovenian Research Agency. 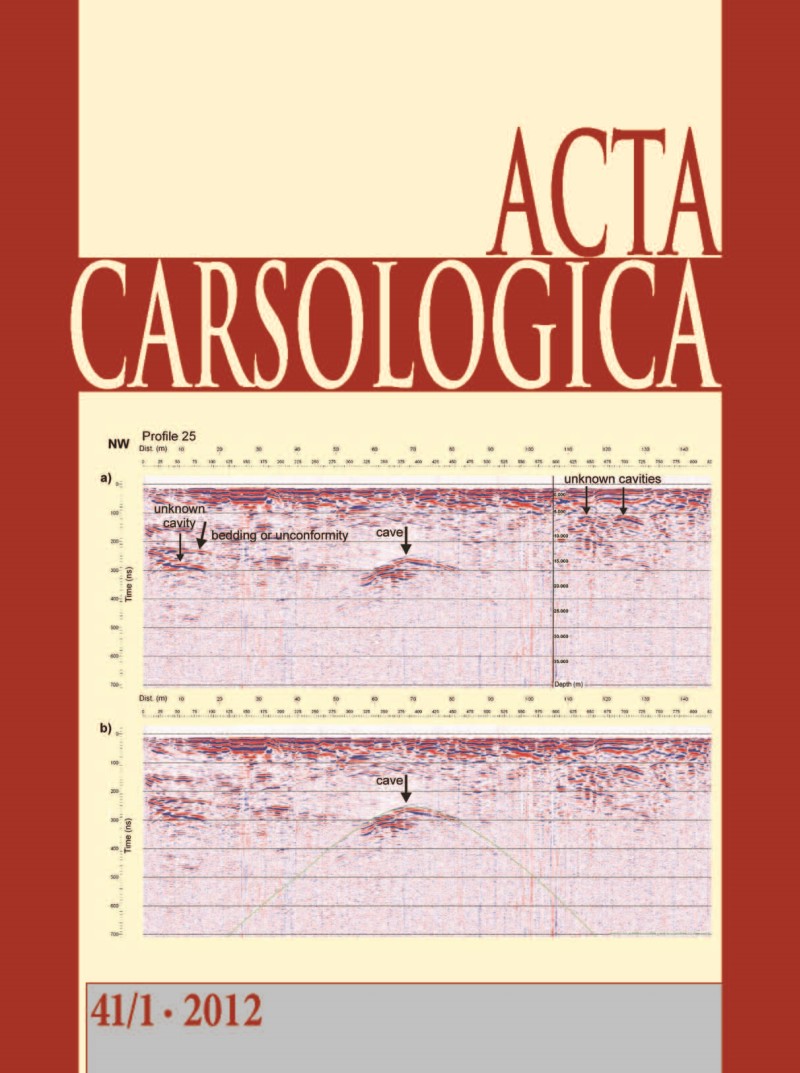