Heaven’s Cave is located in the centre of the Phong Nha-Ke Bang national park, about 500  km southern from the Vietnamese capital and 40 km from the city of Dong Hoi. Phong Nha-Ke Bang national park is protected also as a UNESCO world heritage site. Due to weak economic situation in this region as a result of lack of natural resources, karst tourism represents an important opportunity for raising the quality of live in the province. A proposal to adapt non-touristic Heaven’s Cave for tourism was presented to Karst Research Institute ZRC SAZU in 2006. Because the caves are sensitive ecosystems and all activities in them should be carefully implemented, our task was to make basic survey and map the cave, to perform a speleological and touristic research, to propose possible interventions for adapting the cave for tourism and to prepare a strategy for tourism development in this area. The latter should also show us if some interest is present among tourists for new show cave in this region. From this point of view this study does not represent systematic long-term approach for adapting a cave for tourism but rather a short study of a cave with potential to be show cave in remote area of Central Vietnam. Approach used in this study should be used in similar environments as a first step to estimate if weakly known cave is environmentally and economically suitable for development for touristic purposes. 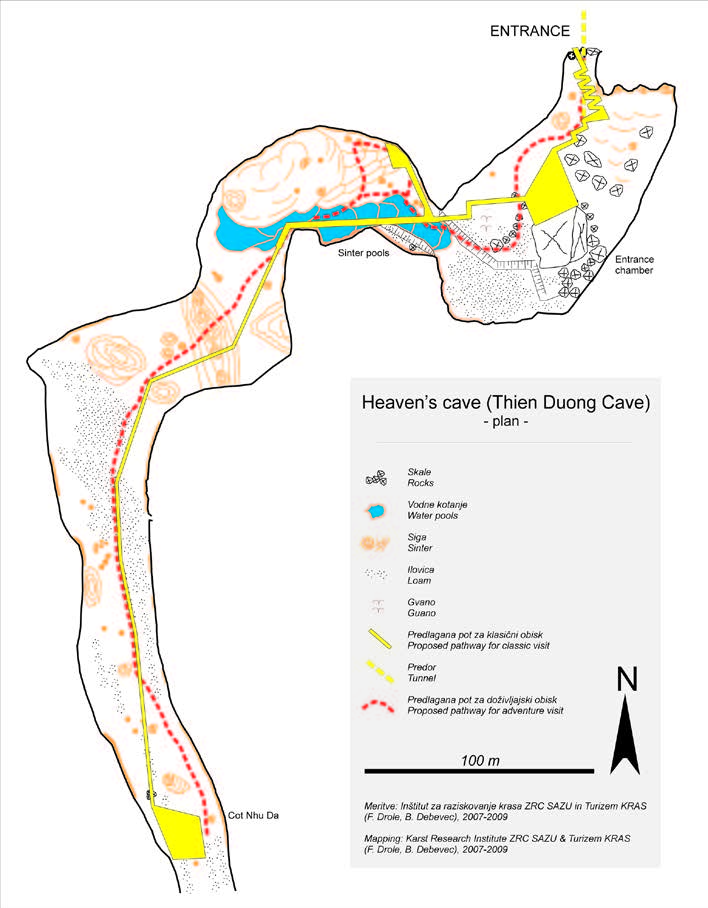