When calcite is precipitated from a water film on top of a stalagmite to its surface, the carbonate in the solution and consequently also the carbonate in the calcite deposited becomes enriched in the heavy isotopes 18O and 13C (Hansen et al. 2016; Dreybrodt & Scholz 2011; Romanov et al. 2008). This isotope signal is added to the isotope imprint resulting from climate variability. Therefore a physical model of the evolution of the isotope composition of carbonate in a water film, either flowing down the surface of the stalagmite at high drip rates or stagnant, when the drip rate is low, is necessary to discriminate the climate signal from the signal resulting from physical processes in the cave.
Currently two models are proposed. In the first one (Scholz et al. 2009) one assumes that the isotope evolution can be described by a Rayleigh distillation process (Mook 2000) where during the entire process of precipitation the fractionation factor for carbon or oxygen, respectively remains constant. In another model one assumes that precipitation is a uni-directional non-equilibrium process, where the constants in the rate equations are slightly different for the light and the heavy isotope (Dreybrodt 2008; Dreybrodt & Scholz 2011). Results from these models have been compared for various scenarios by Scholz et al. (2009), Dreybrodt and Scholz (2011), Dreybrodt and Deininger (2014) and Dreybrodt and Romanov (2016). Differences of opinion clearly exist in the research community regarding which of these models best represents reality. In this letter I discuss the meaning of the Rayleigh equation for precipitation of calcite under equilibrium conditions and for precipitation of calcite governed by uni-directional rate equations. 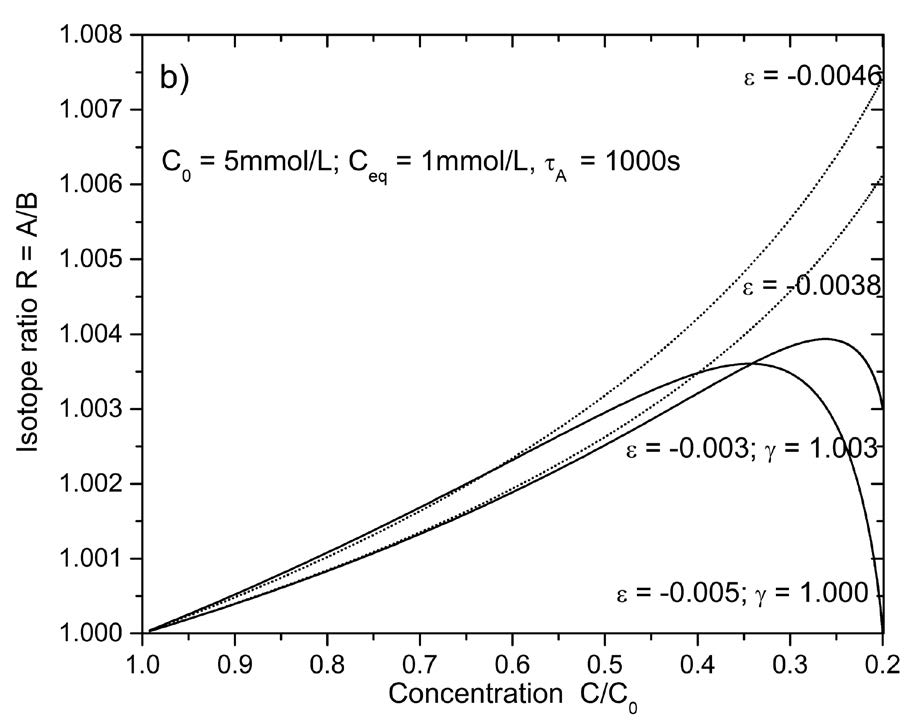