In literature, Popovo polje is considered as a distinctive phenomenon of Dinaric karst. It is situated in the south part of Dinaric karst, at the end of Trebišnjica watershed. Recorded within it are numerous other typical phenomena. Shafts, ponors and estavelle (all three are traditionally called jamas) played an important role in traditional life of people from Popovo polje. In the article, “jamas” are assessed based on whether they were a source of life and on the side of life or against it, i.e. were lethal for the lives of people of Popovo polje region. Included in the first category are shafts which were oasis of drinking water in summer time, shafts which were made suitable for fishing the endemic fish Popovo Minnows (Delminichthys ghetaldii) and shafts on top of which over 40 flour mills were built. On the other side, shafts of death are natural shafts which were used as mass graves in the World War II. Most literature deals precisely with these. Shafts were subject of comprehensive research of Popovo polje for the needs of Trebišnjica Hydro-system Project, and extremely important and interesting bio-speleological endeavors, but those aspects remained outside the perception of general public of Popovo polje. 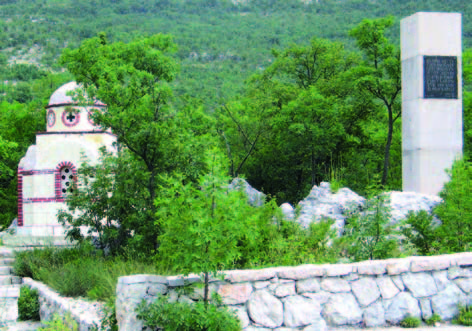