The copepod crustacean fauna collected from subterranean habitats, including caves, wells, and the hyporheos of streams in and near the Interior Low Plateaus of the United States is dominated by Cyclopoida, with 39 species, followed by Harpacticoida with 9, and Calanoida with 2. Nearly all of the harpacticoid and calanoid species are widespread, primarily surface-dwelling generalists. Fourteen of the cyclopoids, members of the genera Diacyclops, Itocyclops, Megacyclops, and Rheocyclops, are apparently obligate stygobionts or hyporheic. Several of the species that are more strongly modified for subterranean existence occur only in the more southern, unglaciated areas. Our sampling data support the hypothesis that the more specialized, groundwater-interstitial species have been unable to disperse into previously glaciated regions; whereas some, less-specialized species may have invaded groundwaters from surface habitats as the glaciers receded. 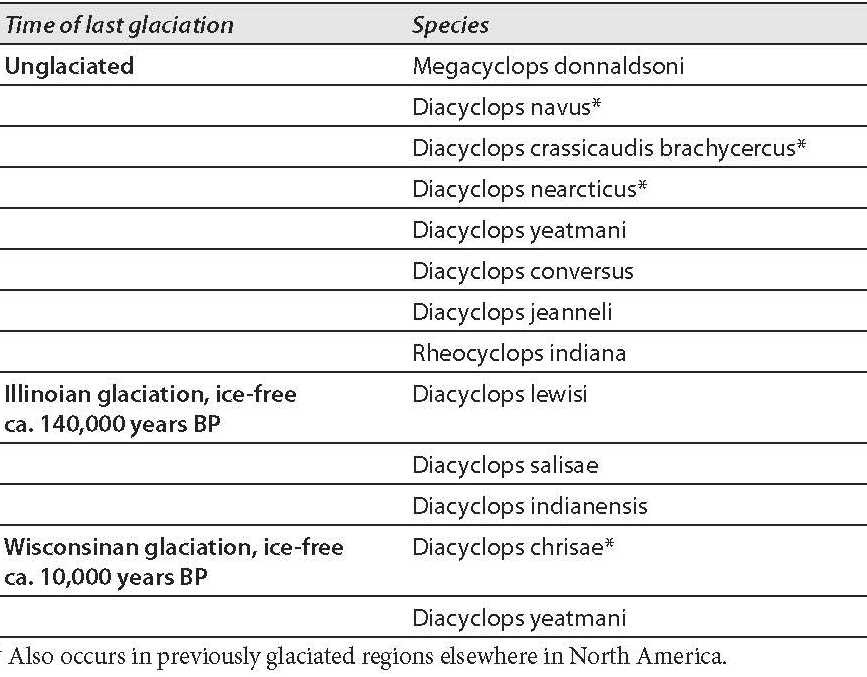