Human-environment relations have some special characteristics on karst terrains, and karstlands are usually less densely inhabited areas principally due to hydrologic, topographic and pedologic reasons. However, the natural factors of karst terrains and socio-economic development are rarely discussed together, and the relationships are usually expressed in qualitative terms. Therefore the aim of this paper is to explore the direct and indirect quantitative impact of natural settings on socio-economic development of karst terrains using GIS-aided, statistical methods as a modern approach within geographic possibilism by the case study of Gömör-Torna Karst (whose Hungarian part is known as Aggtelek Karst, while the Slovakian part as Slovak Karst). Relationships between natural factors (elevation, slope, relative height, distance from significant rivers) and land cover as well as between natural factors and social data (population density, settlement density, mean settlement population, population change, road network density) have been studied by regression analysis in order to determine how strongly these social parameters are influenced by the above natural factors. In certain cases (land cover categories, road network) slope is the best estimator, while in other cases (population density, longterm population change), the distance from significant river provides the best correlation. Many karstlands are depopulating and ageing areas worldwide. So is the case for the Gömör-Torna Karst as well, but there are several interesting questions in connection with it. First, whether it is a recent process or a longterm situation. Second, wether the karst is different from the neighbouring non-karst areas from the viewpoint of demography. Third, whether the karst area is homogeneous from social point of view. Cluster analysis based on demographic changes since 1828 helped to explore inner variations of population scenarios. Certain social characteristics (e.g. unemployment) show a relatively (but only relatively) favorable present position of Aggtelek karst, while the Slovak Karst is economically more disadvantageous. Karst-related tourism is measurable but it has a decreasing trend and it is rather localized around Aggtelek. Human attitude is also an important factor, that is also briefly discussed based on semi-structured interviews with local people. 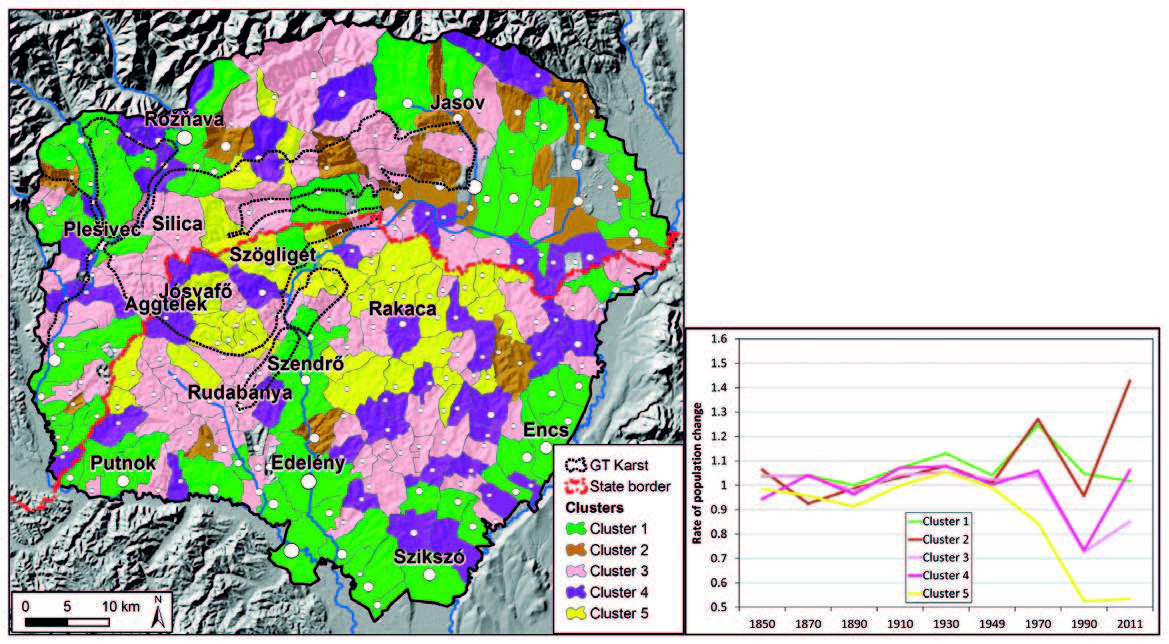