Kosmas´s and Dalimil´s “girl´s war” as a metaphor of the Indo-European war of functions. What we want to introduce in our contribution, is an attempt at an interpretation of the old story from Czech medieval chronicles. We are trying to engage a new player, which is the new comparative mythology of G. Dumézil and his school. So we compare “the girl´s war” with other stories of the so-called war of functions, to which this school already gave systematic attention. We are trying to refer to several analogies and to form hypotheses, which would explain it. Dumézil has identified the presence of various versions of the story about the war of functions in several Indo-European traditions, and he formulated the conviction that a common basic pre-text had arisen in Indo-European prehistory. He devoted extraordinary attention to the story, and he was convinced that it is one of the most important narrative structures, built on the application of three-function Indo-European ideology. Our basic finding is that the story of “the girl´s war” is the very version of the war of functions as the way of the war of the sexes. Since it contains very archaic elements, it cannot be fabled by Kosmas or by Dalimil; its origin has to be found in “the bottomless chasm” of pre-Slavic, even Indo-European pretexts. So we are trying to transcribe the “family tree” of this old story, because we think that we have noticed its immediate ancestors and wide kin in the bottomless “chasm” of pretexts. To look into this chasm today enable us researches of G. Dumézil, who as the first has revealed – in several time and space very distant stories – a common scheme, which elucidate the origin of an integrated society, which belonged to the intellectual equipment of old Indo-Europeans. 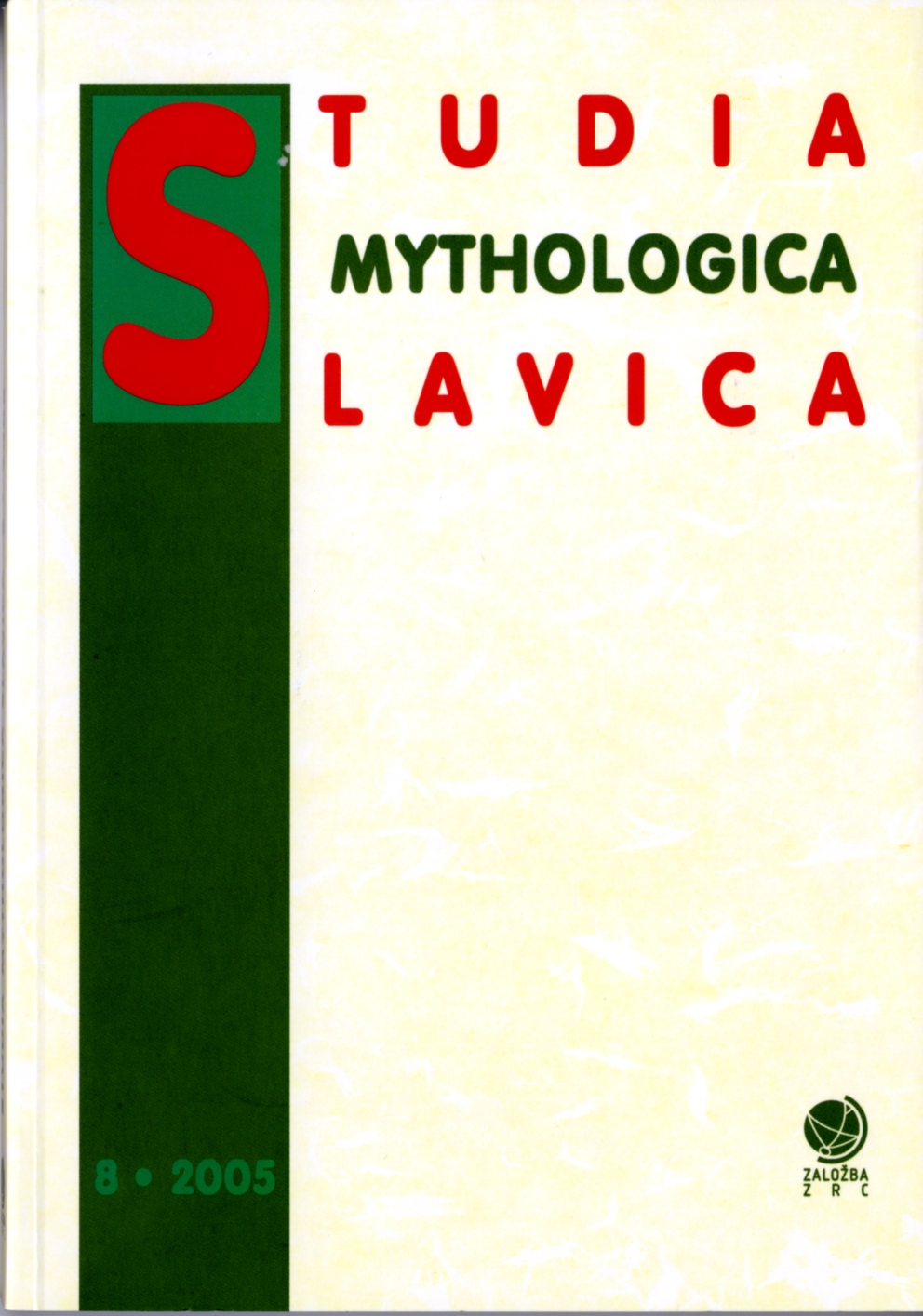 Authors who publish with this journal agree to the following terms:

Authors confirm that they are the authors of the submitting article, which will be published (print and online) in journal Studia Mythologica Slavica by Založba ZRC, ZRC SAZU. Author’s name will be evident in the article in journal. All decisions regarding layout and distribution of the work are in hands of ZRC SAZU.

Rightholders of moral rights vested in the contributions published in this publication are authors, rightholders of economic rights are authors and ZRC SAZU (Založba ZRC) as publisher. Authors consent to publication of their works under Creative Commons Attribution-NonCommercial-NoDerivatives 4.0 International (CC BY-NC-ND 4.0). Users can access and use all journal archives and individual articles published in them under the terms and conditions of this license. This does not apply to third-party materials published in the  articles.